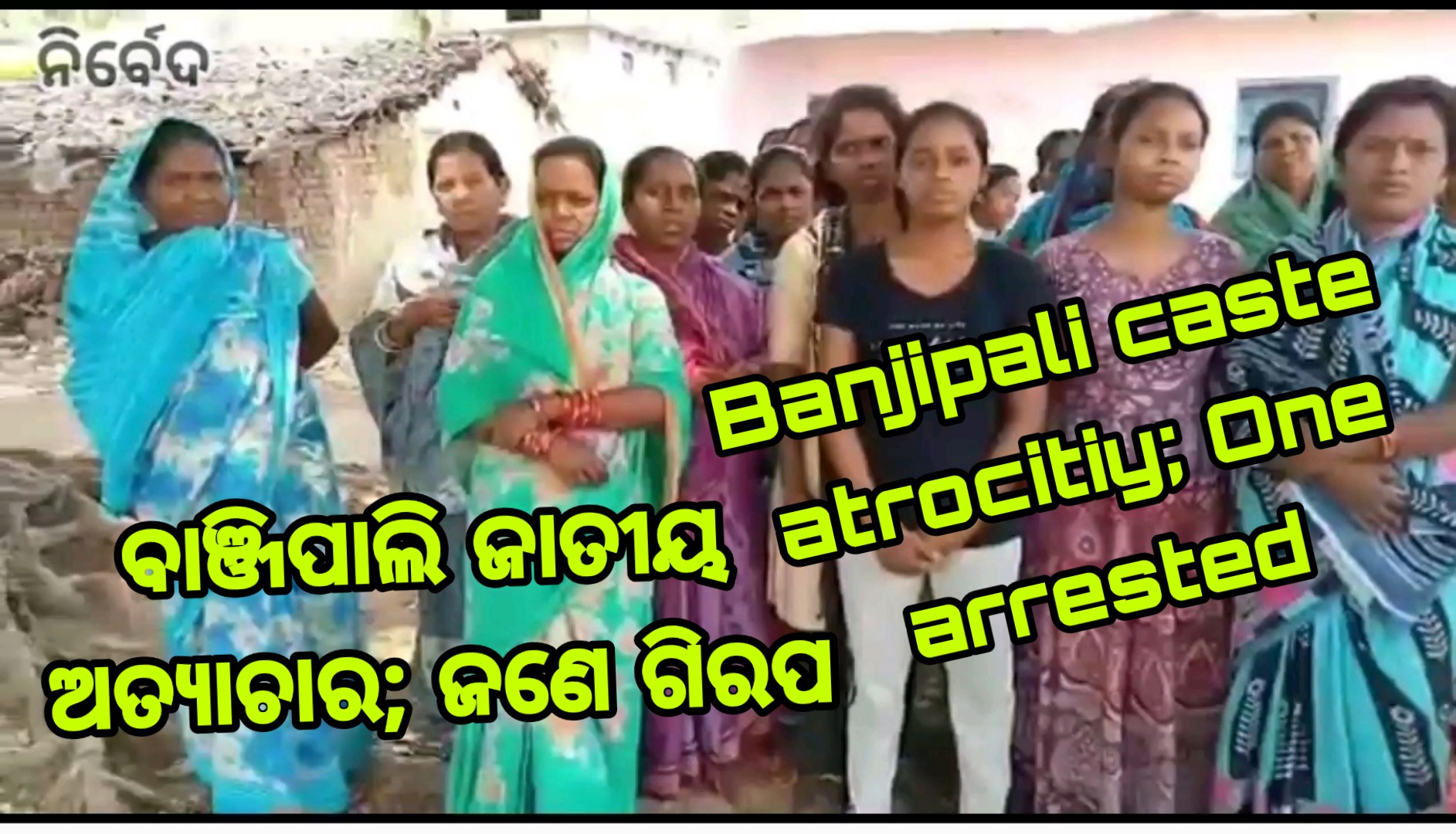 The practice of untouchability and caste discrimination has been a serious issue for long time in state of Odisha. For Dalit of Banjipali, using of public spaces whether it is public tube-well, walking in the mainstream Savarna Vasti street, or buying things from Savarna Shops or using public ghat for bathing in the pond, every space is contested, segregated and denied to Dalit. There is nothing called public space for everybody, in fact, there is a stark division between touchable and untouchable in the village. If any government facilities come to village, it is always be the monopoly of Savarna Teli (OBC) caste who constitute majority in the village.

One of the pertinent issue in the village for several years of using public pond ghat in bathing purpose that has exposed the barbarity of practice of untouchability and mass molestation against Dalit women. There are four ghats for Teli Savarna well cemented and concrete, whereas only one ghat for Dalit’s bathing. The ghat where Dalit take bath has become a toilet place for Savarna for long, there were issue in the past well. On date 29/03/2021 around 12 noon Seven Dalit women were taking bath at Teli ghat, because Dalit ghat was full of toilet. It caught in the eyes of Savavrna Teli men. Four Teli men name Gulap Sahu (age 40), Ramesh Sahu (30), Satya Sahu (27) and Mishra Sahu (35) rushed into the bathing (ghat) place and removed their lungis, underwear and clothes (naked themselves) in front of the ladies and forcefully bathed on the same place in between the ladies.

Dalit women started resisted and requested to wait as they were on bathing clothes only, the upper caste men showed their male masculine caste impunity in abusing and insulting them in local slang (uncivilized languages bashing on private body parts) languages. They told “you Dalit (Ganden mane, Dom mane) how dare you to bath here, who gave you the permission, have you registered the pond to bath, you are lower people even lower than the beasts, you all have polluted our pond on such an auspicious day of Holi,( purnima), get out from here immediately or else we will break your buckets and tear your clothes, you can do nothing to us not even police can do anything bad to us, go to the police, police is in our hand… etc”.

Dalit women felt insulted kept remain silent in front of upper caste male masculinity. They were helpless and left the place with the same bathing dress. On the same day around 4 p.m. another upper caste (Teli) man, Tiken sahu (age 35), of the village went to the Dalit basti threatened and intimidated them and harassed few Dalit women. When a Dalit woman daring to ask why are you doing so, the upper caste man burst upon her. He abused (to indicating private body part) and insulted her brutally. The hostility and rage of Teli caste terrorise Dalit in the village.

On 30/03/2021, Dalit of the Banjipali village along with KMT (Kalinga Mitra Trust), Bhim Army members and other Dalit organizations went to the Loisingha police station to file a case. The police again neglected and harassed them. But due to the pressure from KMT and other Dalit organisations police registered FIR in the evening at around 6 p.m.
Police registered the FIR without any action. To supress and create fear among Dalit, the local court issued a letter to sign bond to maintain ‘peace and tranquillity’ and took signed from all complainers. On one hand, Dalit are socially traumatised by caste Hindu in the village and on the other the hand, the state mechanism scared and servile them to organise or participate any protest activity.

1st April, Dalit of Banjipali, gave a protest call in front of Loisingha police station. 200-300 Dalit gathered from the local region including activists, and few organizations such as KMT, Bhim Army, Bhim Sena, Sambidhan Sachetanata Abhiyan Sangha, AIMBSCS and other Dalit organizations were participated in the protest. They demanded to arrest the culprits in immediate basis. The mass blocked Main road (NH 26) for 10-20 minutes seeing the passive nature of police administration. All women decided to seat in front of the police station till police take action. After 4-5 hours of consistent protest, the SDPO of Balangir decided to talk to the protestors. SDPO assured that to arrest the culprits in another 48 hrs.

The village situation of Banjipali is tense. The accused are freely moving and threatening. All Dalit are terribly threatened and scared of an attack on them from the upper castes of the village, when they will be attacked no bodies known. Instead of arresting the accused police wants to have peace dialogue with Dalit. Due to constant pressure, police started patrolling in the village. It’s more than 48hours only one accused have been arrested and others are in search operation.

THE REALITY OF SOCIAL CRUELTY AGAINST WOMEN:- LOCATING DOMESTIC VIOLENCE